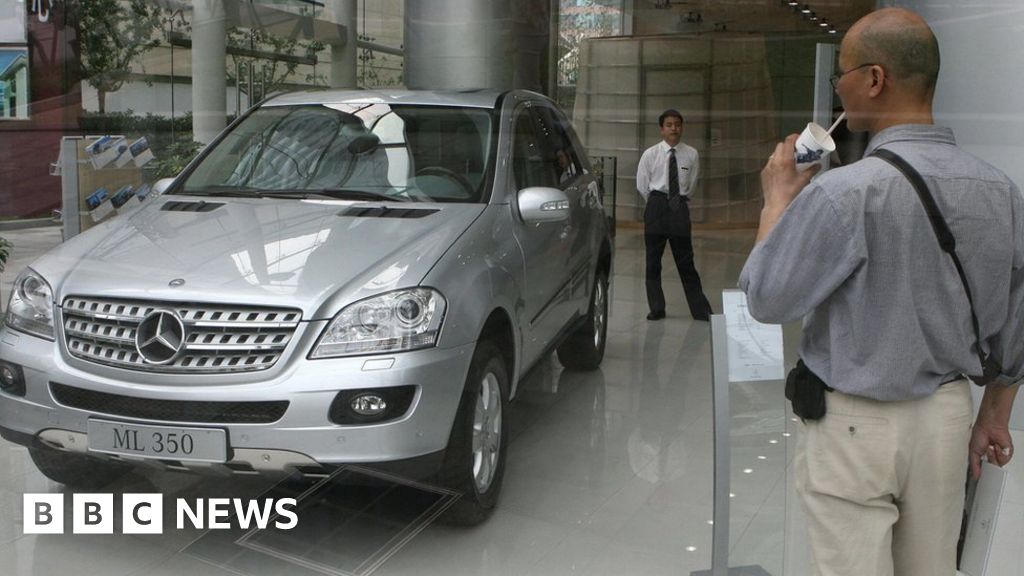 Sales fell 6% to 22.7 million units in 2018, according to the China Passenger Car Association (CPCA).

The deceleration comes amid a slowdown in China’s economy which has hit performance at car manufacturers around the world.

The news comes after Apple warned that sales would be hit by slowing iPhone demand in China.

Meanwhile the country’s most successful carmaker, Geely, is forecasting flat sales this year.

Foreign car makers such as Ford, Volkswagen, Jaguar Land Rover and General Motors have all reported falls in sale over the last few months in China.

The China Association of Automobile Manufacturers (CAAM), a government-backed industry group, last month blamed the sales slowdown on economic shifts and “international reasons”, referring to China’s trade war with the US.

Last year, both countries imposed billions of dollars’ worth of tariffs on each other’s goods.

CAAM said it expected the market to be unchanged in 2019 and added that although demand for diesel and petrol cars was falling, rising sales of electric cars would probably help the overall market to avoid another slump.

However, the China National Development and Reform Commission says it plans to introduce policies to boost consumer spending on cars as well as home appliances.