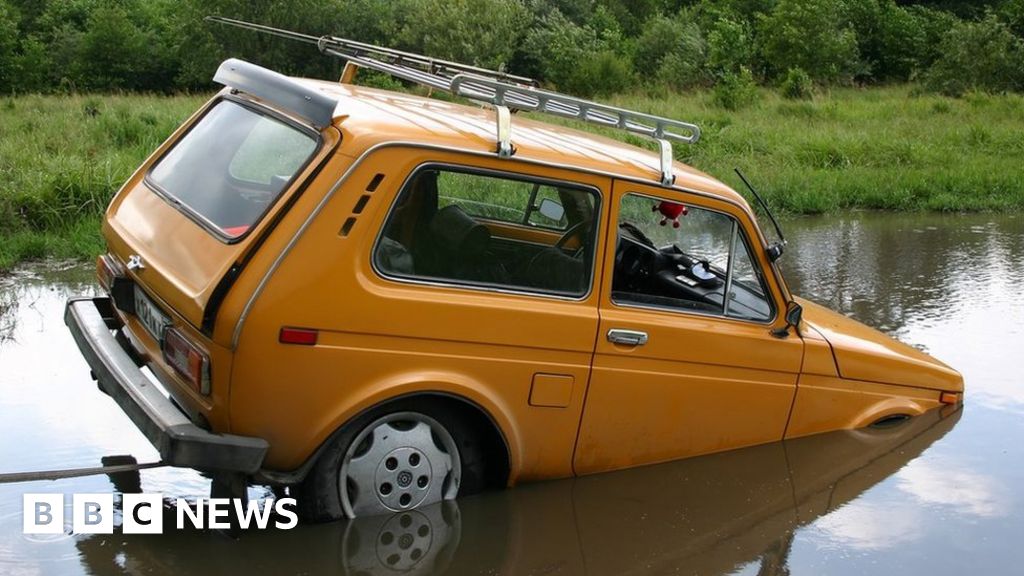 A couple of months ago I wrote a wildly optimistic piece about how we’ve all probably bought our last cars.

It drew on analysis that suggests that the convergence of electric cars and Uber-style ride hailing networks, together with autonomous driving technology, could completely reshape the car market.

These new “robo-taxis” would be so cheap to use that it just wouldn’t be worth owning a car any more, and this transformation could happen very quickly – in as little as a decade – or so the argument runs.

The results would transform the way we live.

I acknowledged that the idea was controversial and invited readers to respond. And you did. Thousands of you.

Lots of readers thought this brave new world of self-driving vehicles sounded great. But more doubted whether it would really come to pass. So we recruited some experts to explore your concerns and to help try and work out just how likely it is that the age of the private automobile really will soon be over.

Let’s take each element of this revolution separately.

First off, the cars. Many of you asked whether there would really be enough lithium or cobalt in the world to make all the batteries they would need, for example.

Step up Michael Liebreich, a sustainability expert who runs a clean energy and transportation consultancy in London.

There’s no shortage of either element in the world, he says, the real issue is whether the mining industry has the capacity to dig the stuff out, and there’s been huge investment in putting that in place as demand has risen.

Mr Liebreich reels off statistics suggesting that we have already entered the era of the electric car: four million have already been sold, and he predicts the next million will hit the streets in just six months.

Lots of mainstream forecasters now reckon that there’ll be more than 100 million electric vehicles on the world’s roads by 2030. Not quite the wholescale upheaval I talked about – there could be nearly two billion cars in total on the roads by then – but a very significant development nonetheless.

Will we ever want to surrender control of our vehicles to a computer?

Lots of you talked about the sense of freedom driving gives; the thrill of putting the pedal to the metal.

The response of CarlitosWay was fairly typical: “If you think I’m giving up burning off boy racers at the lights in my Jag, think again suckers.”

I’ll bowl that one to Gary Marcus, a professor of psychology at New York University who found time to set up an artificial intelligence (AI) company that was snapped up by Uber.

He acknowledges that driving can be a very “liberating experience” but says that doesn’t mean we’ll always do it, or always should do it.

“Eventually it will be a safety issue,” says Prof Marcus. “There will come a day when driverless cars are just much safer than people.”

But – and there is a big but here – he doesn’t think the transition to self-driving vehicles is going to happen in the next 10 years. He thinks it could be a couple of decades before autonomous technology is up to the challenge of driving a car safely.

That will come as a surprise to those who have watched in awe at the success of AI programs like Google subsidiary DeepMind’s AlphaZero. Within two hours of taking up chess AlphaZero was beating human players; after four it was beating the best chess computer in the world; in nine it was the best chess player the world has ever seen.

But Prof Marcus says progress on self-driving cars has been nowhere near as rapid. The problem is that driving is a lot more complex and unpredictable than chess.

Why is getting a computer to drive a car so difficult?

It turns out the challenge of getting a vehicle to control itself is a perfect illustration of the limits of current AI: computers may be able to do some things way better than even the very cleverest of humans, but often fail at tasks that even the stupidest humans can achieve with ease.

A key issue is that, when it comes to driving, you can’t afford to make mistakes, points out Prof Marcus.

A self-driving car that works 99.99% of the time still can’t be trusted if 0.01% of the time it drives into parked vehicles or kills a pedestrian.

The realisation that getting cars to navigate safely anywhere other than straightforward environments like motorways has made the ride-hailing giants a lot less bullish about the autonomous driving revolution.

Uber, for example, has invested hundreds of millions of dollars in self-driving technology. Back in 2014 the company’s then-boss, Travis Kalanick, was predicting that self-driving cars would replace drivers. Now the most ambitious it gets is talk of rolling out a “hybrid network”.

“[There will be] places and times where it makes a whole lot of sense for an autonomous vehicle to pick someone up, and there will be other places and times and weather conditions and areas of the country where having a driver that looks a lot like what Uber looks like today will continue for quite a while,” Uber’s head of transportation policy and research, Andrew Salzberg, concedes.

Mr Salzberg’s response to this criticism may surprise you. He says some of the most dramatic changes Uber has already brought have been in the smaller towns and rural areas in California.

He says that it used to be hard to hail a taxi in the more remote areas of Uber’s heartland, but claims the company can now offer many users five or 10-minute response times.

The key is the size of the network, says Mr Salzberg. Uber now has sufficient customers – in California at least – to generate enough rides to make driving a taxi worthwhile even in areas with low population densities.

So here’s my conclusion. Two of the three components of the autonomous revolution – electric vehicles and ride-hailing apps – appear to be coming along quite nicely.

But the third – and most important – automation, still has a long way to go.

Yes, you can already buy a car that will steer you along a motorway, though you’ll need to keep your hands on the wheel because these technologies are officially just an advanced version of cruise control.

So it’s clear it is going to take much longer than 10 years before fully automated vehicles are approved, and therefore the full robo-taxi revolution can begin in earnest.

It will happen – but just not as quickly as many hoped.

But in the meantime other forces are undermining our attachment to our automobiles.

Last month Uber began the process of floating itself on the US stock market. It will be one of the biggest initial public offerings in history, with talk of the company being valued at as much as $120bn and that’s despite posting losses topping $1bn in the three months to September.

So why could the company carry such a huge price tag?

It is because Uber is at the vanguard of the battle for the future of one of the biggest businesses on the planet – transportation.

There’s lots of evidence that the market is already beginning to change – just look at UK car sales.

Gone are the days when a gleaming new car was something we all aspired to. Increasingly twentysomethings don’t even bother to pass the driving test because these days there are lots of alternatives to the car.

That is certainly the argument Uber’s Andrew Salzberg makes. He predicts that many millennials will never own a car.

“People choose things that are convenient for them,” he says. Uber’s focus now is to offer a range of travel alternatives, recently investing in electric bike rental and electric scooters.

“It is faster in the morning commute here in San Francisco to take a bike to work, but late at night you may need a car to the airport,” Mr Salzberg says.

Lots of other companies are snapping at Uber’s heels, coming up with new ways to provide cheap and efficient ways for us all to get around.

So even if the robo-taxi revolution is a way off there are lots of new reasons you may decide not to shell out on a car of your own.