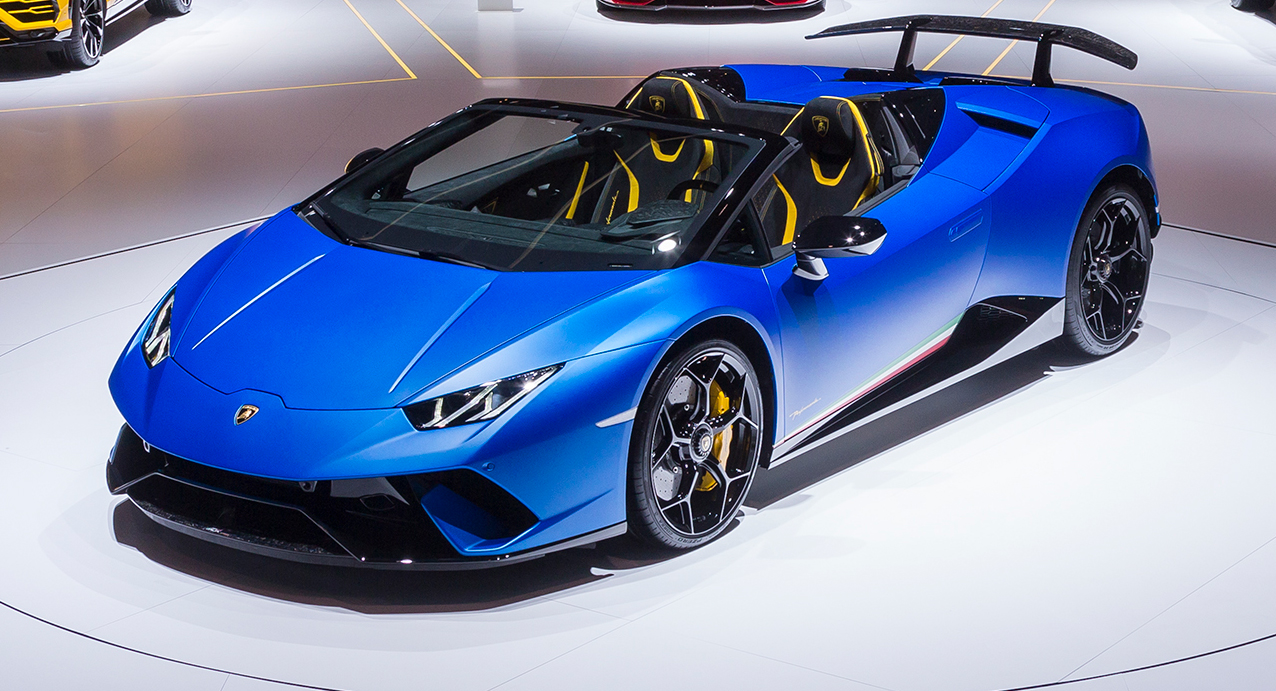 A Lamborghini Huracan Performante Spyder has been badly damaged after being involved in a highway crash over in the UK. However, this doesn’t appear to be a case of an overzealous driver losing control of the powerful supercar.

According to the WYP Roads Policing Unit, the driver of the Huracan Performante had only picked up the keys to the supercar 20 minutes before the crash and was traveling on the M1 motorway near Ossett when the Lamborghini suffered some kind of mechanical failure and he was stopped in one of the center lanes.

Soon after, a van smashed into the rear of the Huracan, leaving it with huge, and in all likelihood irreparable, damage.

🚨BREAKING NEWSBRAND NEW £300,000 Lamborghini Supercar crashes near Wakefield in a multi-vehicle collision .A Lamborghini, which was 20 minutes old,  has been involved in a motor-vehicle  collision closing a number of lanes on the M1 southbound near Wakefield. It is now confirmed the super car suffered a technical fault and stopped in lane, before been hit from behind. The incident is on the M1 south bound between 41 (a650) and 40 Wakefield.The collision including 3 vehicles including a van. Several emergency services vehicles are at the scene including HART, Ambulances, police and the Fire service. 3 of 4 lanes are closed.West Yorkshire Police confirmed “a 20 minute old brand new Lamborghini” that stopped due to “mechanical failure in lane 3” was then “hit from behind by an innocent motorist.” 🎥📸 Updates if safe to do so please. 👉Like YappApp? It works because of you! If you have a talking point, story, video, link to a story or if can you add to an existing story, with an eyewitness account, then please drop us a message, we want to ‘get it right’. If you know more, then simply inbox us, your feedback is valued. Seen something you would like us to check out, get in touch completely anonymously. Your input really does shape the news.With your help, YappApp will continue to deliver eyewitness breaking news – first. With real footage, advert free and completely free of charge. YappApp – Shaping local news together, first. Add yourself 👉 http://bit.ly/Other ways to stay in touch•WhatsApp http://bit.ly/2Uiyh1g (Alerts) •Facebook Messenger http://bit.ly/31kfWlV•Twitter http://bit.ly/2vGKdjf (Updates) •Instagram http://bit.ly/3aYvS1D (Updates)•👻SnapChat http://bit.ly/2TCqoDz (snappy updates)•LinkedIn http://bit.ly/31gjlSJ (Updates) •Email Contact@yappapp.co.uk YappApp turns you, the public, into reporters. We verify, edit, then share. 👍Always first, always real👍©️ YappApp

Much of the rear-end has been crushed, in particular the driver’s side section of the rear. For example, one of the rear wheels, hubs and suspension parts have been ripped from the Lamborghini. In addition, the rear bumper has been smashed to bits, the driver’s door has been damaged, and the rollover bars were deployed.

Look closely at one of the images and you will also notice than some suspension damage seems to have been sustained up front. With all that damage, the car will probably be declared a write-off by the insurance company.

We don’t have any photos of the van that was also involved in the crash, but The Daily Mail reports that the van driver suffered minor head injuries. There is no word on whether the driver of the Lamborghini was injured or not.

This brand new Lamborghini was involved in crash on M1 in West Yorkshire just 20 minutes after it was bought, police say: https://t.co/mXFuwtH39m pic.twitter.com/eCVOtIJvbt

M1 Ossett today – It’s only a car ! But on this occasion a 20 minute old brand new Lamborghini that stopped due mechanical failure in lane 3 them hit from behind by an innocent motorist #couldhavecried pic.twitter.com/S1f9YEQGcD