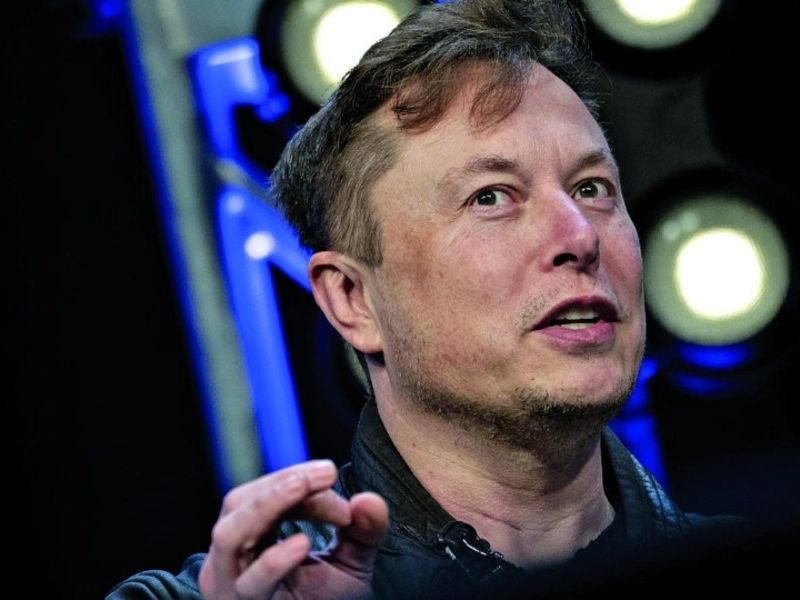 Tesla Inc. CEO Elon Musk last spoke to Automotive News in January 2015, when he joined Publisher Jason Stein on the World Congress stage. Since then, Musk has slogged through “production hell,” run afoul of stock regulators by tweeting he had secured funding to take Tesla private and seen the value of his electric car maker take off like a SpaceX rocket.

It’s safe to say there was plenty to talk about when he reconnected with Stein last week for an hourlong interview. Here are edited excerpts.

Q: The last two years, you said you were mired in “production hell.” And now you’re saying, just even this past week, that you think that the long-term sustainable advantage of Tesla is going to be manufacturing. So what changed?

A: The reason I say the long-term sustainable advantage at Tesla will be manufacturing is that I think it’s actually the hardest thing to do — manufacturing at scale effectively.

It really depends on what time frame. If you go 10 years into the future, probably all cars or almost all cars will be fully autonomous, although sometimes I think the industry’s going to move faster than it does. And that’s just new cars. There’s 2 billion cars and trucks on the road, and there’s 100 million made per year, roughly. That’s something I remind people of — even if all cars tomorrow were electric and autonomous, it would take 20 years to replace the fleet.

So you’ll have this strange situation kind of like when they had horses and automobiles going down Main Street at the same time for a few decades, several decades. You’ll have that with electric autonomous and fossil fuel nonautonomous vehicles. So if you assume other companies will figure out autonomy, or somebody will provide them with that solution, we’ll both have autonomy, and we’ll just need to be better at manufacturing than them.

When it comes to manufacturing, you obviously feel that you’ve learned a lot in this journey, and now you’re going to be in a position where you have multiple plants, over the next 12 to 18 months, running at high efficiency and, frankly, getting better. What was the biggest thing that changed?

I tend to take a first principles view of things, like physics first principles view, and say, at the limit, how good could manufacturing be if you really optimized the velocity and density of a factory such that every cubic meter was doing something useful, was maximally useful, and the speed at which things moved through the volume of the factory was maximized?

You can think of a factory like a CPU or a microchip or something like that. You bring the circuits closer together, you increase the clock speed, and you can calculate the theoretical limits for the output of a given silicon fabrication technology. I think the same is true for factories. If you take a look at the volumetric efficiency and the velocity of automotive factories, they’re extremely low, I’d say in the low single-digit percentage — couple percent maybe. The speed is much slower than walking speed. A very fast automotive factory would be exiting a car roughly every 25 seconds. If a car length is 5 meters, that’s only a speed of 0.2 meters per second. That’s one-fifth of walking speed. The fastest car factories in the world are only producing a car at one-fifth walking speed. This is not very fast.

You have to figure out how to increase the volumetric efficiency and increase the velocity and just like a microchip, you’d have vastly greater output. So basically what I’m saying is, it’s possible to improve automotive manufacturing efficiency by at least 1,000 percent and possibly 10,000 percent.

Could there be additional areas of the U.S. you consider for manufacturing?

Yeah, I think at some point there will be a third Gigafactory — probably, I’d imagine, closer up northeast, most likely, but I’m not sure at this point. We’ve got our hands full between building Giga Berlin and Giga Texas, that’s for sure.

And all the vehicle programs coming down the pike with Cybertruck, Semi, new Roadster. On the solar side we’ve got the Powerwalls, Megapack. We’ve got to make sure we solve the autonomy question. There’s a massive amount of stuff to do. But at some point, do I think we’ll have a third plant in North America? I think that’s very likely.

Over what kind of time frame?

Probably four or five years. It’s not like, “Let me consult my strategic plan.” This is literally a spur-of-the-moment, rough guess. Probably we’d start construction in four years-ish. That’s my stream-of-consciousness guess.

Are you still considering moving your headquarters out of California?

Well, that’s going to require a lot more thought. There’s no question our headquarters will remain in California in the short term. Long term, we’ll have to see. The vast majority of Tesla management and engineering staff is in California. That is certainly our headquarters for now and for some time into the future.

Is it hard manufacturing in California? There have been some issues with paint quality, and that’s been well documented. One of the major reasons is the cars are made in an environment where there are stringent EPA guidelines and restrictions. Does that lead to a conversation about the wisdom of building cars in California going forward?

For sure, the permitting process in California is extremely onerous. The Bay Area and L.A. might be the hardest place to do any emissions on Earth, which means you have to be extremely clean in your manufacturing in those areas, which I do actually agree with. I would not lay blame on California for any paint issues that Tesla’s had. I would internalize that responsibility and say that’s kind of our fault, not the state.

I do wish the state would process documents faster and maybe consolidate some of the regulatory bodies.

You don’t want more referees than players. That’d be weird.

But this is not California’s fault; it’s our fault. We’ve had some issues. In some cases, we outsourced a bumper to a supplier, which was a mistake because they just had trouble doing paint matching. We brought that bumper painting back in-house, and now it’s good. Our paint quality right now is pretty good, to be clear. We just had a few bumps in the road.

Also, we’re able to activate our South Paint Shop. … For a while we were just basically operating out of North Paint. So now we can focus North Paint on Model 3 and Model Y and South Paint on S and X, and that will allow us to hone in on the paint quality of all those vehicles instead of putting all four vehicles, which are different sizes and shapes, through one paint shop.

I’m sure you followed some of the J.D. Power IQS or the APEAL surveys. Tesla doesn’t allow J.D. Power to survey owners in 15 states where the approval is required. Can I ask you why not? And would your position change as you become more mainstream?

With the Model Y out and Cybertruck, Semi and Roadster looming, how much bigger can the portfolio get?

I guess over time it would make sense to address all the key functional areas. Probably makes sense at some point to do a more compact vehicle and to do a van or a minivan that’s capable of being a utility van as well as a van for people. Maybe we wouldn’t do a minivan; we’d just do a van-van or something in between a minivan and a van. That sounds like a good idea.

So you think there are more areas Tesla could compete in?

Absolutely. One thing would be, can you make a minivan that looks good? Nobody’s ever done that.

A digital-first retail model is all dealers are talking about now. Do you feel a little ahead of the game there?

Sure. From the beginning, that was fundamental; I wouldn’t do Tesla if it were not for direct sales. Having a traditional dealer situation seems increasingly unnecessary. The pandemic just reinforced that.

It seems like the future is really headed toward online ordering. You can always go take a test drive, but a lot of people, the way they get a test drive is through their friend’s car. And then they just go order it online.

What do you think of the stock price?

It’s difficult to understand the mindset of the stock market. A little over a year ago, we were at $180 or something, and I think we went up to $1,800. It was something like a factor of 10. And that’s just in a year. What a difference a year makes.

Do you think you have to manage investor expectations or just let the market do its own thing?

At the end of the day, if you make great cars and the company’s healthy, investors will be happy. My advice to corporate America, or companies worldwide, is spend less time on marketing presentations and more time on your product. That should be the No. 1 thing taught in business schools: Put down that spreadsheet and PowerPoint presentation and go make your product better.