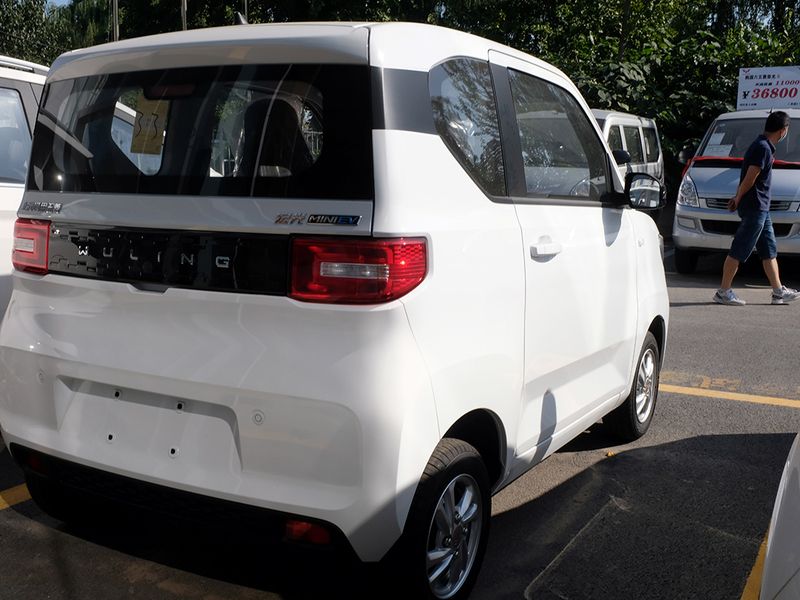 BEIJING — When 32-year-old photographer Jaco Xu needed a run-around car for work in the eastern city of Hangzhou, the price tag on the latest micro EV from General Motors’ China joint venture overcame his qualms about electric vehicles.

“It feels pretty good. The price is so low and the appearance is simple and beautiful,” said Xu. “Why would I hesitate at that price?”

Launched in July, the Wuling MINI is heading a trend toward a new segment of EVs in China following changes to government subsidies — smaller vehicles with less range between charges, but a cheap price tag.

Despite basic features — no safety airbags, optional air-conditioning and a driving range of less than 125 miles due to a smaller battery — buyers have been enthusiastic.

The venture plans to expand manufacturing capabilities of the new model, turning out cars at its plant in Liuzhou as well as its existing facilities in Qingdao, said Zhou Xing, SGMW’s branding and marketing director.

“We positioned this model as a ‘people’s commuting tool’,” he said, speaking ahead of the Beijing auto show which starts on Saturday. “Customers can drive their cars to work every day.”

The target market includes people like Xu who are looking for a city run-around as a second car, rural buyers who want a vehicle to move goods and young first-time buyers who are motivated by price.

Total sales of new energy vehicles — including electric, plug-in hybrid and hydrogen fuel-cell vehicles — are expected to reach 1.1 million vehicles in China this year, about 5 percent of total auto sales.

The micro car represents a shift in what typifies a mainstream electric vehicle, as policymakers push for increased EV production and sales have been bolstered by restrictions on gasoline-powered cars.

In response to government requirements to win generous EV subsidies, automakers over the past decade have developed higher energy-density battery systems to allow cars to drive for longer with a single charge.

However, China cut subsidies heavily in 2019 and is now asking for higher EV power efficiency to save energy. Automakers, in turn, are planning more smaller EVs with a moderate driving range aimed at customers who can charge cars easily, industry executives said.

The economics are skinny. Wuling MINI will not get EV subsidies due to its short range. For SGMW, the cheap price tag means it makes very little money at best, according to people familiar with the matter.

But EVs generate green credits for SGMW that can be used to offset negative credits of other companies like SGM, its sister venture which is expanding a lineup of bigger utility vehicles under the Buick, Chevrolet and Cadillac marques.

“Subsidies have become a less important factor of pricing as government has already cut a lot, while green credits are expected to become more expensive,” the official said.

Bidding to reverse a sales decline due to a slower economy and stiff competition, GM expects electrified vehicles to make up more than 40 percent of its new launches in China over the next five years.

For now, the Wuling MINI is the cheapest EV, but it faces competition from the cheapest models from rivals BYD and BAIC BluePark.

And startup Kaiyun Motors is trying to radically lower the price of its new electric pickup truck Pixel to around 20,000 yuan ($2,900) for urban delivery services, although these EVs will be sold without batteries, allowing consumers to swap them.