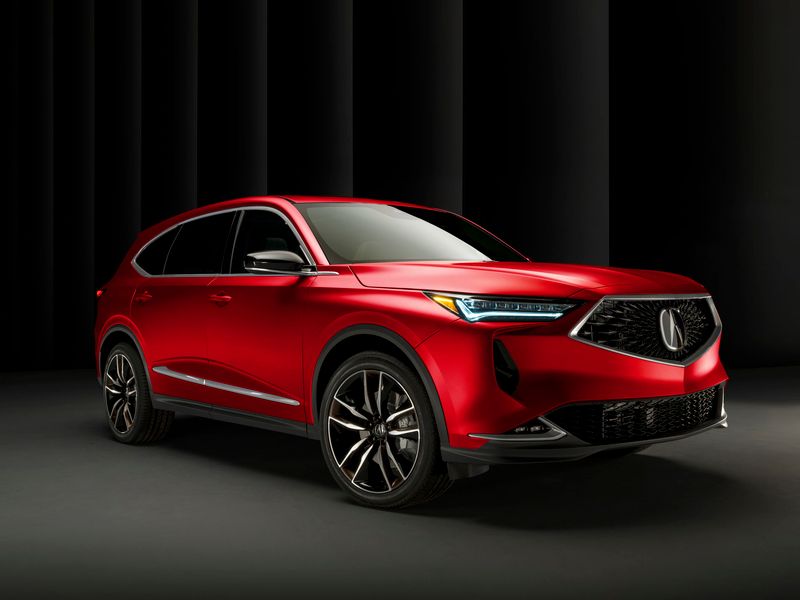 LOS ANGELES — Acura’s fourth-generation MDX arrives in dealerships next year with upscale exterior styling, a modern interior and a performance Type-S variant that will mark a first use of that trim in its crossover lineup.

Acura, which presented a prototype of the redesigned MDX at a virtual event Wednesday, is billing the crossover as the pinnacle of its lineup. The top-end RLX sedan was dropped after the 2020 model year, leaving Acura with five nameplates: the ILX and TLX sedans, the RDX and MDX crossovers and the NSX supercar.

Sales of the three-row crossover have tallied more than 1 million over the last two decades, making it the brand’s top-selling model.

“The new MDX marks a turning point for Acura as our new flagship and the most far-reaching effort yet to deliver on our Precision Crafted Performance brand promise,” said Jon Ikeda, vice president and Acura brand officer. “We knew we needed to deliver something more emotional and premium with performance at its core.”

The 2022 MDX is lower and wider than the outgoing model, with an upright grille and longer hood that convey a more muscular look.

“The front fascia has been sculpted to highlight the wide grille, integrating fog light housings under side vents that further emphasize the new MDX’s wider track,” Acura said.

The crossover’s new platform uses a double-wishbone front suspension for the first time, along with an updated version of Acura’s Super Handling All-Wheel Drive system for improved handling, the company said. There’s also more room inside.

“The MDX’s wider body design enables first-class seating with more legroom in all three rows, and notably more headroom for front and third-row occupants. An ultra-wide panoramic moonroof opens the cabin up to provide natural light to all three rows,” Acura said.

The MDX will come with updated powertrains. On most models, Acura will use its nonturbo 3.5-liter V-6 paired with a new 10-speed automatic transmission. The current MDX uses a 9-speed automatic. The upcoming Type S version will use a new turbocharged 3.0-liter V-6 making 355 hp, Acura said.

The crossover features a more upscale interior similar to the redesigned RDX compact crossover and 2021 TLX midsize sedan. The MDX, however, will have unique materials and styling touches.

The MDX presented by Acura Wednesday is considered a prototype but is very close to the final version, executives said. Pricing and other details will be released closer to the on-sale date.

Acura said the MDX will arrive in U.S. showrooms early next year with the exception of the Type S, which will follow in summer 2021.

Seven Teslas Destroyed As Swedish Store Goes Up In Flames – Was It Arson?
New York auto show moving to August 2021
Tesla is collecting insane amount of data from its Full Self-Driving test fleet
Supplier Nemak swings to Q3 net profit
Detroit is on the ropes in Asia