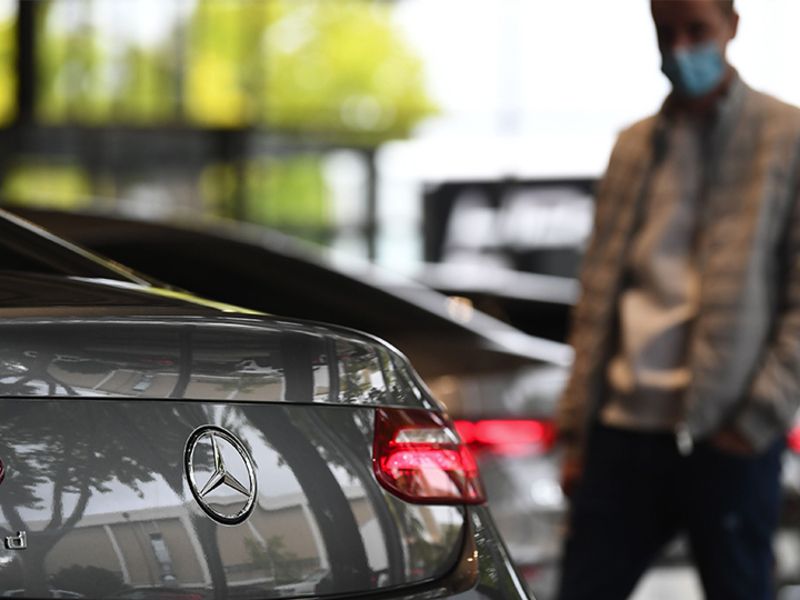 Automakers eked out a surprise sales increase last month in Europe, the first advance this year for a region still struggling with a patchy recovery reliant on government subsidies.

Keeping the momentum going in the last few months of the year will be a challenge.

Leaders in the UK, Germany, Italy and France are struggling to cope with record new COVID-19 cases.

Targeted strategies to slow the spread of the disease are being used for now before resorting to the kind of broad national lockdowns that decimated car sales earlier this year.

“We would argue consumers don’t share automakers’ revival hopes,” Michael Dean, a Bloomberg Intelligence analyst, said in a note ahead of the industry’s sales report. He expects annual deliveries to decline at least 20 percent and sees risk that the drop will be worse because of coronavirus-related restriction measures.

Europe’s car sales are still down 29 percent for the year through September. After deliveries cratered in March and April, automakers pared declines the following three months, then suffered a setback in August.

But while total registrations rose 8.4 percent there, Spain saw a 13 percent drop despite also offering incentives toward EVs.

Western Europe was the worst-performing region this year through August for Volkswagen Group, the top-selling automaker both in the region and globally. Still, with a recovery on solid footing in China, CEO Herbert Diess said VW’s monthly orders and deliveries were up as September came to a close. He sees the positive trend continuing into the fourth quarter.

“It needs to be seen how much of the currently strong sales momentum is pent-up demand, how much is cyclical and what is related to ‘the reincarnation of the car,’ ” Arndt Ellinghorst, Sanford C. Bernstein’s European auto analyst, wrote in an Oct. 1 report.

VW Group’s and Renault September sales rose by 14 percent and 8.1 percent, respectively, while PSA Group reported a drop of 14 percent.

In the first nine months of the year, sales dropped by 29 percent as the coronavirus lockdown forced automakers to close showrooms across Europe.