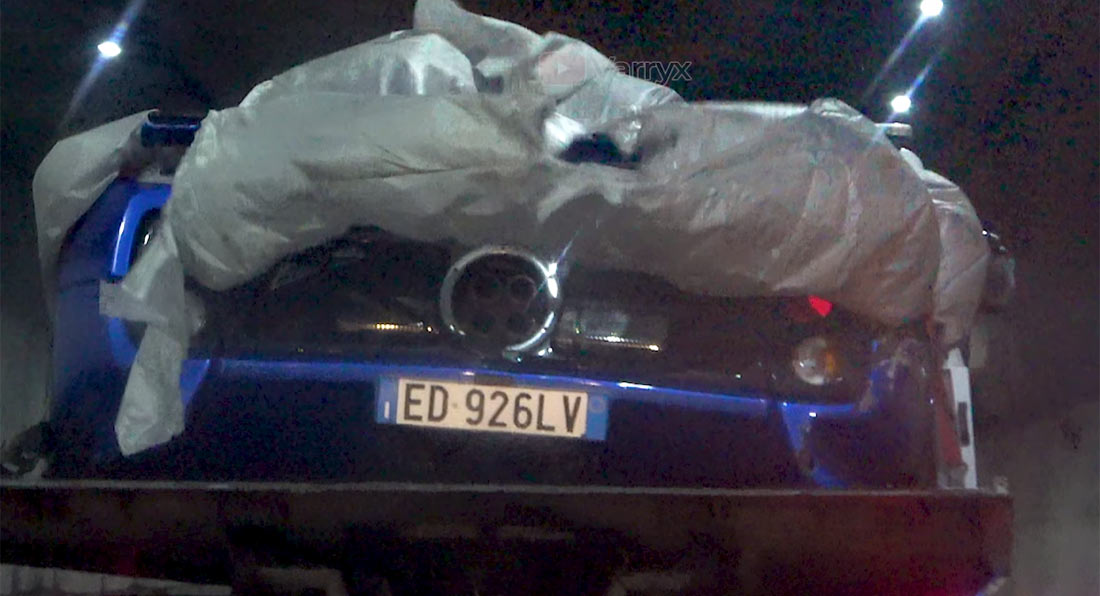 Pagani only ever built roughly 140 examples of the Zonda and unfortunately, a handful of them have been crashed. This blue Zonda C12 S was recently spotted by YouTuber Varryx in Italy, and while it was covered by a sheet, he was able to notice a few areas of damage.

Most notably, we can see that the Zonda is sitting at an odd angle with the right-hand side of the car being lower than the left, indicating it may have suffered from some wheel and suspension damage. In addition, some scrapes are visible on the carbon fiber rear bumper.

Whatever the case may be, it’s obvious that repairing it won’t be cheap.

This Zonda, chassis number 20, is painted in Blu Francia and sports a special wheels with matching blue inserts and a cream interior. According to Motor 1, it was originally sold to an Arab prince, but eventually, Pagani bought it back. It has been seen with Horacio Pagani behind the wheel on a number of occasions and was also on display at the Pagani Museum.

Other Pagani Zonda models to be crashed in recent years include the Zonda PS 760, Lewis Hamilton’s one-off Zonda 760 LH, and the bespoke Zonda ZoZo.