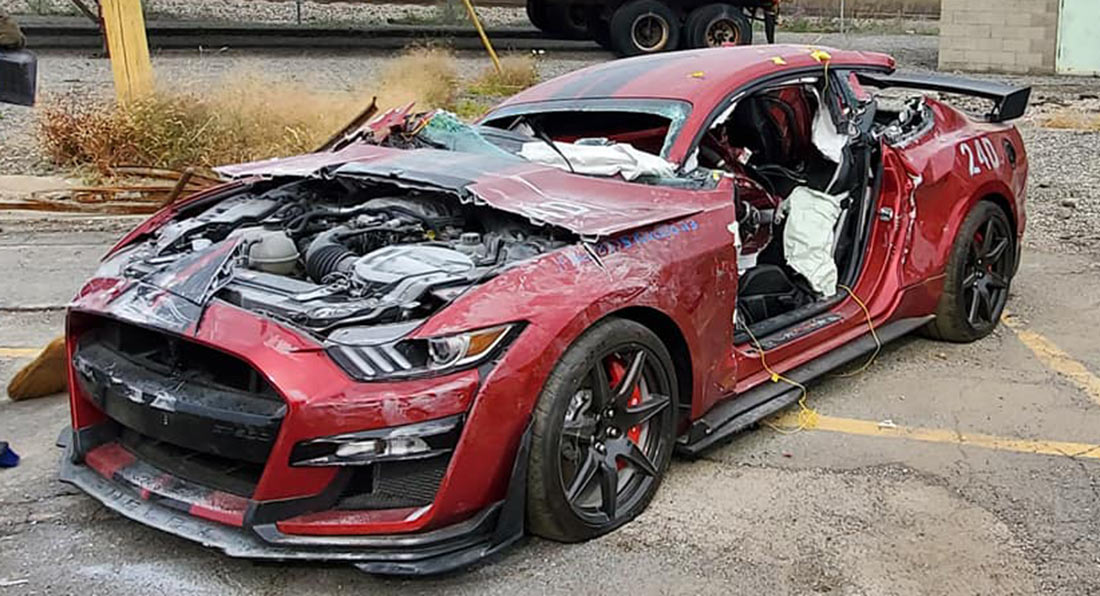 There is one less Ford Mustang Shelby GT500 out there after the Dearborn Fire Department destroyed one during a recent training exercise.

Taking to social media, the fire department revealed they used the muscle car for training on vehicle extrication. As such, they cut off its roof, the driver’s door and the angular hood in half. While seeing a Shelby GT500 in this state is a sad sight to see, the car in question was actually a test vehicle and donated by Ford itself. Had the vehicle not been donated, it would have been crushed by the car manufacturer, so it’s nice to see that it was sacrificed for a good cause.

“Your Dearborn Firefighters train daily,” the department wrote on Facebook. “This week we trained on vehicle extrication. It almost broke our hearts to cut up this 2020 Ford Shelby Cobra GT 500 test vehicle. Thank you to Dennis Lark and FoMoCo for the opportunity. Other training included special operations and equipment familiarization.”

Your Dearborn Firefighters train daily. This week we trained on vehicle extrication. It almost broke our hearts to cut…

The destruction of this Shelby GT500 comes just a few weeks after Ford announced some minor updates for the 2021 model year. Most notably, the GT500 is now available with a Carbon Fiber Handling Package that includes 20-inch black-painted carbon fiber wheels, adjustable strut top mounts, a catch can, a gurney flap and front splitter wickers. The GT500 is also now available in Antimatter Blue, Carbonized Grey and Grabber Yellow.

Even though the Shelby GT500 has been on the market for quite a while, many dealerships are still selling them with sizeable premiums. For instance, a dealership in California was selling one with a $100,000 markup back in August, bringing its asking price up to $205,890.