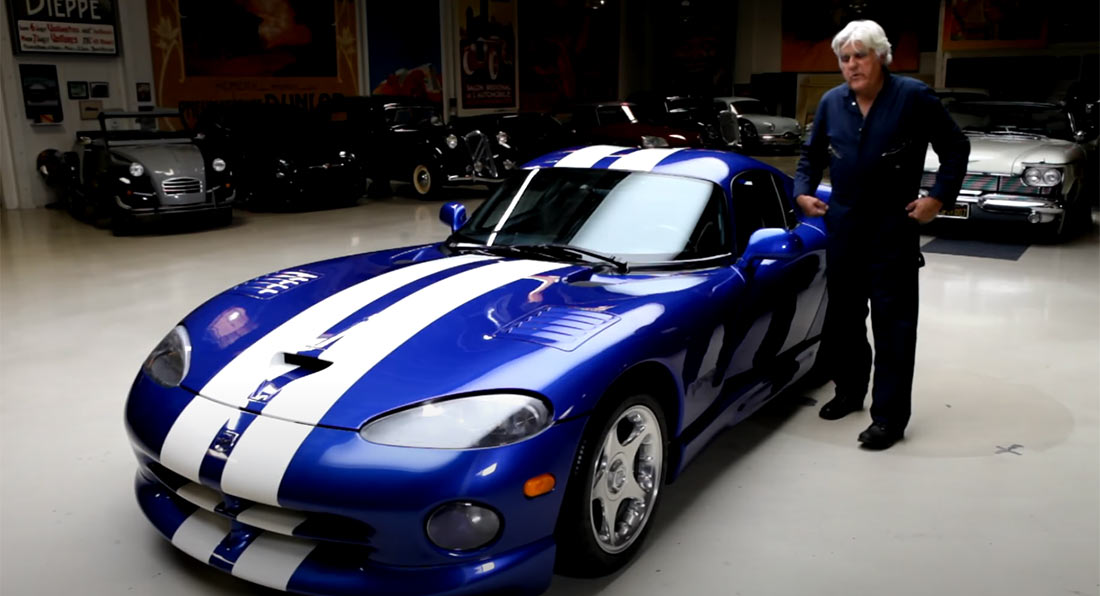 The Dodge Viper is one of America’s most iconic performance cars, and in this latest episode of Jay Leno’s Garage, the former late-night host discusses his own personal car.

As this is a 1996 Viper, it is a second-gen model, but changes over the first generation weren’t particularly significant. Leno’s car is a GTS that sat above the standard RT/10 in the Viper range.

Slotted under the hood of the Viper GTS is a naturally-aspirated 8.0-liter V10 that pumps out 450 hp, a healthy gain over the 415 hp of the standard Viper RT/10. Paired to this almighty engine is a six-speed BorgWarner T56 manual transmission driving the rear wheels.

As you can see, Leno’s car is blue with white racing stripes. The front fenders also feature dozens of signatures from those who built the car, making it unlike any other Viper made back in the day. While the TV host and car enthusiast has a massive collection, he clearly isn’t shy about driving his Viper and has racked up just over 10,700 miles behind the wheel.

During his review, Leno says that the engine pulls well and that Vipers of this period are easy to find on the used car market at reasonable prices. He also compares it to the Dodge Challenger Demon, saying that when the Viper launched with 450 hp, it put its rivals on notice, much like the Demon did when it was launched a few years ago.