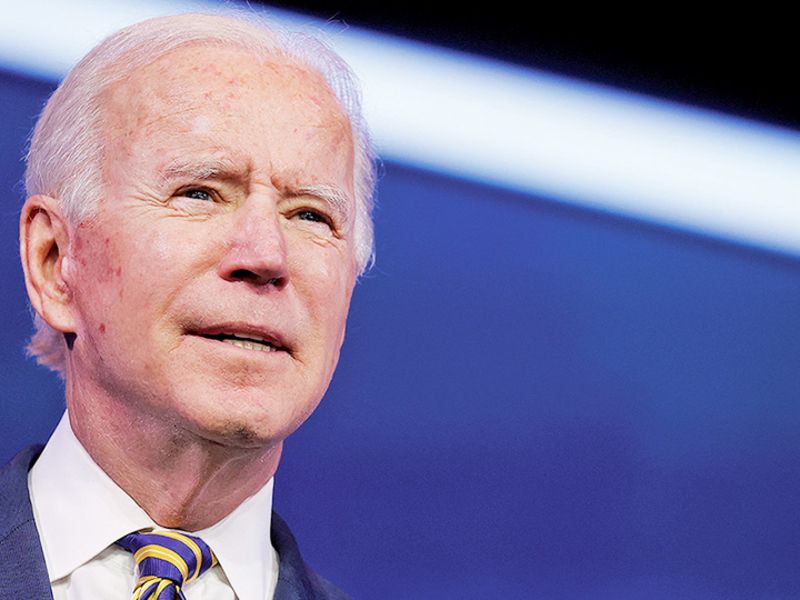 The outcome of the pair of tight Georgia Senate runoff elections last week gives the Democratic Party control of the upper chamber by the narrowest of margins for at least the next two years, likely aiding President-elect Joe Biden’s ambitious policy plans and fast-tracking progress on legislation affecting the auto industry.

Biden will take office next week with majorities in both houses of Congress, clearing the path for potentially sweeping changes to the auto industry, from environmental policy to consumer finance.

“It means everything for Biden’s agenda,” said Mark Rom, associate professor of government and public policy at Georgetown University’s McCourt School of Public Policy. “Most of the biggest plans that Biden had would require congressional approval because they will cost the government money.”

With the balance of power in the Senate split 50-50 following last week’s elections of Democratic challengers Jon Ossoff and Raphael Warnock in Georgia, Vice President-elect Kamala Harris will have the tiebreaking vote. Still, with a slim majority, that could mean a moderate approach to Biden’s agenda, as many of his proposals will need bipartisan support.

“They’re going to have to carve out bipartisan coalitions behind the legislation that affects the auto industry,” said Kristin Dziczek, vice president of industry, labor and economics at the Center for Automotive Research in Ann Arbor, Mich.

But a Democratic-led Senate also means Biden’s cabinet picks will be confirmed “without much ado,” she told Automotive News.

“It means he has a government that is more supportive of his policies now,” Dziczek said. “It’s not a rubber stamp. It’s not a big majority in either chamber, so spending is likely to be restrained by that, but I think it does mean a pretty rapid ramp-up to achieving some of the things on his agenda.”

If confirmed, the three officials will be tasked with implementing the centerpieces of Biden’s $2 trillion “Build Back Better” agenda, which includes modernizing infrastructure and shaping future transportation, energy and climate policy. The plan also calls for building 500,000 electric vehicle charging stations across the nation. For the Alliance for Automotive Innovation — an association representing most major automakers in the U.S. as well as some suppliers and tech companies — many of Biden’s climate and energy ideas are in line with its own policy agenda that steers the U.S. toward an electrified and automated future.

“It’s not predicated on one party or the other being in charge,” said Don Stewart, the association’s executive vice president of public affairs. “It’s just a common set of really important opportunities that are good for our work force and our consumers and the environment, frankly.”

Tax policy is also expected to change under Biden’s economic agenda, such as an increase in corporate taxes and an imposition of “commonsense tax reforms” on America’s wealthiest.

Regulation through the Consumer Financial Protection Bureau, too, could be strengthened, likely providing more transparency in rates and fine-print disclosures and “making sure people are well-informed consumers when they sign on the line” for vehicle purchases, Dziczek said.

With the congressional makeup set until the 2022 midterm elections, the Biden administration will have a “fairly narrow window” to get agenda items through Congress — meaning several actions could be front-loaded over the next two years, she said.

“What the auto industry really wants is certainty in everything,” Dziczek said. “When you make investments in the denominations of billions, when your timeline is years — not months — and will last well beyond this presidency, they want things that they can put into planning and know how it’s going to work. I think that this is a return to more predictable policymaking in Washington.”

The Georgia Democrats’ Senate sweep was overshadowed by the violent actions of a mob that stormed the U.S. Capitol on Wednesday, Jan. 6, which delayed the certification of Biden’s victory.

The invasion was incited by President Donald Trump’s repeated claims that the election was “rigged,” despite the U.S. Justice Department stating no evidence of widespread voter fraud has been found that would alter the outcome.

Among lawmakers opposing Biden’s certification was Republican Rep. Roger Williams, a Texas dealer. Following a heated confrontation between Democratic and GOP members on the House floor during the debate over Pennsylvania’s votes, according to a report by The Washington Post, Williams said: “I’m not ashamed, and neither are my colleagues. We’re actually proud of what we’re doing over here.”

But a growing number of lawmakers last week called for Trump to be removed from office through the 25th Amendment or be impeached.

A day after the chaotic incident, U.S. Transportation Secretary Elaine Chao announced her resignation, effective Monday, Jan. 11, citing the “traumatic and entirely avoidable” actions of Trump supporters at the Capitol.

“It has deeply troubled me in a way that I simply cannot set aside,” Chao said in a statement.

In remarks last week, Biden called it “one of the darkest days in the history of our nation” and “an unprecedented assault on our democracy.”

General Motors CEO Mary Barra via Twitter urged the nation to “come together as a country and reinforce the values and ideals that unite us.”

In a message to employees, Farley and Executive Chairman Bill Ford said they watched the images coming from the Capitol “in complete disbelief.”

“There are no easy lessons to learn from this moment,” they said.

The National Independent Automobile Dealers Association and the National Association of Manufacturers also spoke out against the Capitol siege, each in strongly worded statements.

UAW President Rory Gamble referred to the incident as a “very sad day for our nation and our democracy” and condemned the violence at the Capitol that left at least five people dead.

“This is a day none of us should or will ever forget,” he said. “But please let us remember that there is much work to be done — and we must take the personal responsibility to do it together.”