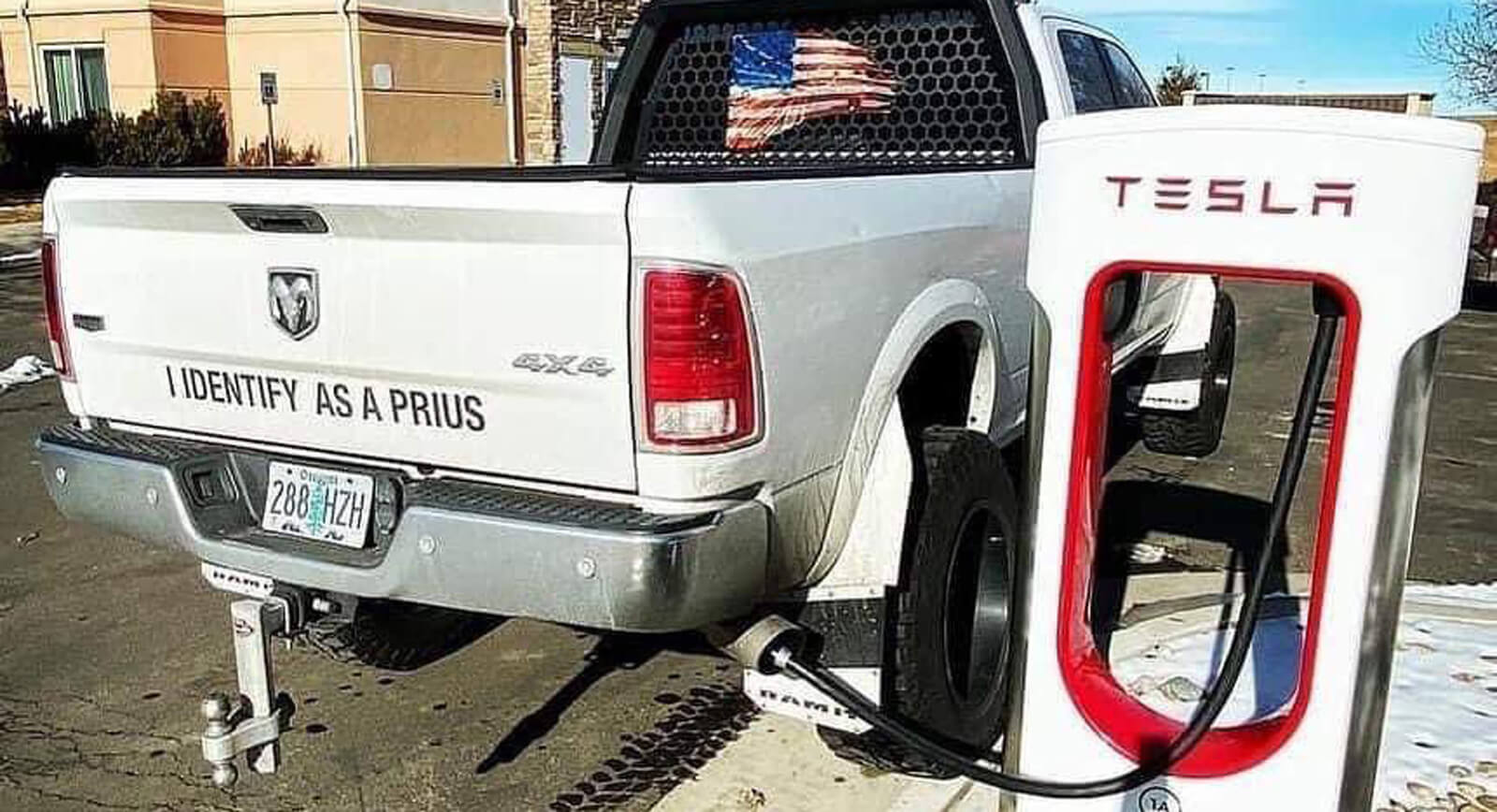 A Ram 1500 pickup truck was photographed at a Tesla charging station with a good part of the charging cable’s plug placed inside its tailpipe. For the uninitiated, that’s something EV owners call “ICE-ing”, which is the practice of someone with an internal combustion engine (ICE) blocking -in various ways- a charging station.

The image, which was shared on Twitter by TheTeslaLife accompanied by a short caption that tagged the Oregon Electric Vehicle Association, sparked an online debate, with some condemning the act and others seeing it as nothing more than a joke.

China’s already ahead of the game on this one. They’ve got remote locks that can only be unlocked by Tesla owners to supercharge. pic.twitter.com/XQp1hMIr98

The truck had Oregon license plates and a tailgate sticker saying ‘I identify as a Prius’ and, in all likelihood, its driver thought it would be funny to pose the rig next to the charging station. Nevertheless, the plug did end up going up the exhaust pipe, and was likely covered in soot.

It certainly is not that uncommon seeing ICE-powered vehicles blocking EV charging stations, a practice that could easily lead to a conflict with electric car drivers.

These situations could be avoided with something called ‘common sense’ and a little bit of respect. Since you can’t rely on them, though, perhaps, as user Toby Li pointed out, Tesla should adopt a solution like China’s, where zero-emission car charging spots are isolated by remote locks that can only be lowered by Tesla drivers.